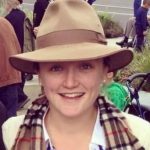 I have a self replacing Merino flock with my mum and dad at Tarcutta. Our ewes are
18 to 18.5 micron and our hoggets are 17 to 17.2 in all years. We have a traditional
fine wool block with fine wool types. Back in 2016 we changed our ram source and
went to Bella Lana. I had completed some work for them and I was super impressed
with the direction they were going in and the way they were achieving their goals.
In 2016 I purchased our first rams from Bella Lana and we’ve been super impressed
with them ever since. They are a different style of wool to what we are used to but
we are still keeping the really high-quality. Since then we have been super
impressed with a wool quality, we have a little more length in our staple which is
great. We are keeping these beautiful bright white, wool crimping types. We were
getting really great yields in 2018, 2019, even though it was a difficult year in regards
to weather conditions, we managed 68 to 72% yields respectively, tough years.
Bella Lana Rams Are Top Pick for Cesnik
The biggest thing we have noticed is the staple length in wools but also the growth rates in young sheep. We are
turning our wethers off sooner and they’re finishing off a lot better. Our young ewe hoggets are coming up to
weights much quicker for joining. We are getting a much better conception rate out of our young ewes. This is
great to see especially for this country that can be tough at times and it is fantastic to be able to utilise it. 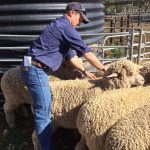 We started using Bella Lana merino rams 3 years ago for the property I manage, “Gidleigh Station” at Bungendore. We were really chasing extra carcass, growth and weight for age without compromising any of the wonderful wool characteristics of our merino.

This dual-purpose type strategy was a risk strategy for us, and we wanted to capitalise on both lamb and wool markets. In these 3 years we have seen an incredible improvement in our sheep, carcass wise without giving up that fine white stylish wool.
I was standing in a pen of 10-month-old ewe lambs that were born in the drought. It didn’t rain here until middle of February. They did it tough early on, but these lambs have incredible growth for age. I am incredibly happy with them. All the wether lambs with them were all sold off as fats between 7 and 9 months of age. That extra maturity, fattening ability and doing ability has been great for us.

For the first time ever trying to recover post drought and increase our numbers I have joined these ewe lambs, and have just scanned them. We joined the whole lot, didn’t class any out and 50% of them are pregnant. Now I have now got another 650 young ewes here to lamb this spring. Key to that is going to be the nutritional support we can give them.

I must commend Scott and Anna Brien of Bella Lana Merinos in the information that they share and education avaliable for their clients. I believe that we are equipped well enough with early weaning strategies and nutritional advice to be able to look after these young ewes and capitalise on this early pregnancy. These young ewes are a credit to them. In only 3 years of using their rams it has definitely lifted our carcass traits without giving away that stylish white wool. 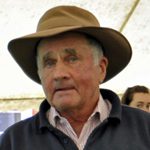 I’ve been buying rams from Bella Lana since 2008, when I started with buying 8 of their rams that year. They’ve got a good wool type and micron count on them.  They’re a good type of sheep that suit my country. They’ve got good big frames, plain bodies, and they’ve been breeding true to type – they’re producing the type of sheep that I like to breed. I sold my surplus 1.5-year-old ewes at the Dunedoo Annual Merino Breeders’ Sale in January, 2011, and they well and truly topped the market at $230 a head. The ewes had a major influence of Bella Lana in their genetics, and it was good to have Scott there on the day with me to see the result 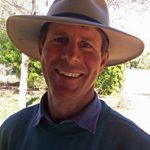 We have been buying Bella Lana rams since 2007 and have seen a positive effect on the crimp and character of our wool. I also find it easy to source the well-framed rams we require. Scott and Anna demonstrate a personal approach to their clients, and a commitment to the industry

If you are a Merino breeder who is keen to jump on board and take their flock forward into the 21st century, then I can honestly say Bella Lana is the stud to do it. I do not like to praise people too much but in this case you will not find a more honest, passionate person with strong integrity than Scotty Brien. He will not sell a ram that he would not use himself that I have witnessed. Bella Lana sheep have fantastic wools and frames. The stud is always searching the country for the sire that will make a difference to the stud and the clients. Finally, Scotty is always willing to help you and to take your flock forward. 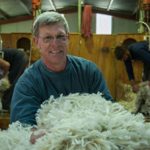 Tim Scott, “Melrose”, Molong, measured wool staple length of more than 100mm from their 10-month-old ewe hoggets at shearing in August, 2012. Many of the 330 ewes cut wool measuring more like 115mm in staple length.

It’s been an enjoyable few years for the passionate 51-year-old Merino producer, whose switch to plain-bodied Bella Lana genetics has resulted in improved wool crimp definition, a decrease in micron from 21 to 19, and zero fleece rot.
His success story has continued out in the paddock, where he marked and weaned 135 per cent of Autumn-drop Merino lambs from unscanned ewes in 2012.

“I’ve definitely increased my lambing percentage and 2012 was the first year we’ve reached 135pc in the Autumn-drops from unscanned ewes,” Mr Scott said.
“I get from 130 to 144pc in the Spring lambings.”

2013 will be the fifth year in which the Scotts will buy Merino rams from Scott and Anna Brien, Bella Lana Merino Stud, Wellington.

Their union began quite by chance.

“I used to buy rams from a Riverina stud and decided to go along to the Classic Ram Sale at Wellington, where there were eight local studs involved,” Mr Scott said.

“I had never even heard of Bella Lana before that and was really impressed with their rams.”

The Scotts run Hereford breeders and grow canola, wheat and grazing oats on their 650-hectare property but are working to grow their Merino sheep numbers.

“Since buying rams from Bella Lana genetics, the fleeces are brighter with less cream and they’re easier to shear, which is making the shearers happy,” Mr Scott said.

“For the past four years, we’ve had both dry and wet years and I’m not even getting a line of wool over 20 micron whereas once upon a time our main line was 21.7 micron.

“My main line now is 19.5 and my hoggets are consistently just under 18 micron.” 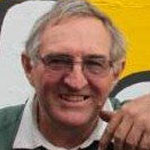 As we only run merino ewes, the breeding is very important to us.

We have chosen Bella Lana for the following reasons:

The direction that Scott Brien has led with the breeding has shown to be in the right direction and has shown how important that the rams need to suit the ewe flock to keep improving.

In April this year I was in Dubbo to collect a wool press and was held up for a day. I called in at the Landmark office to find out what Merino ewes were for sale locally. I met Brad Wilson and he told me that Scott and Anna Brien of Bella Lana Stud had ewe lambs for sale and thought they would suit me. How right he was! We inspected them that afternoon and I decided to buy 450 of them.

The ewes have an excellent long solid body with good bone, barrel and no wrinkle. Their faces are a pure white with not a blemish. The wool is white, bright, soft, dense and boldly crimped with plenty of nourishment.

The ewes are doing very well here at Minyip and are “growing like weeds”. They will be shorn in October and joined to Bella Lana rams next January. These are true “front paddock sheep” with a quiet temperament.

Thank you to Scott and Anna Brien and to Brad Wilson of Landmark for making my hold up in Dubbo worthwhile!! 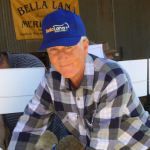 Scott and Anna are always helpful and willing to assist with the selection and purchase of rams most suited to our needs, and later following through by checking on how rams and their progeny are performing. Starting with a base of Merryville and Winyar bloodlines, we selected our first Bella Lana ram with an aim of breeding sheep that would not require mulesing. We were so impressed by the quality of the lambs from the first ram we bought from Bella Lana that we came back for more, and have now changed completely over to SRS rams. Bella Lana rams are producing fast-growing lambs, which develop into plain-bodied sheep with good frame size and good length of quality wool. The early maturity and fertility in ewes is beneficial in raising productivity

We look forward to speaking with you further about how Bella Lana Merinos can help you.

Give us a call Email Us